“What the hell are you doing?” puzzled friends asked Kunal Kapoor when he was co-founding Ketto

Ten years later, the question has been satisfactorily answered. The crowd-funding platform has raised Rs 1,100+ crore from donors. What does that say about Indian attitudes? 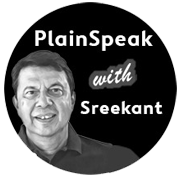 Kunal Kapoor’s first attempt at entrepreneurship was not a success. But, then, he was only 16.

While still in school he, together with a friend, figured that they could make their first fortune by exporting mangoes to Hong Kong – Hong Kong for the simple reason that his friend’s brother lived there. It didn’t work out and neither did the idea of almonds (to Hong Kong, where else?)

The company soon closed down. Another intense interest, also developed when the actor was still young, was helping NGOs (especially Save the Children) as well as several Mumbai schools raise funds.

These two passions came together when he co-founded Ketto with Varun Sheth and Zaheer Adenwala 10 years ago.

I was interviewing the actor-entrepreneur at a recent afaqs! event in Mumbai, ‘Startup Brands’, a conference which discussed marketing issues for fast growing companies.

The idea of a crowdsourcing platform came to Kunal when, working with some of the smaller NGOs, he noticed that the cost of fund-raising was “very, very high, sometimes as high as 60 per cent of the amount raised”. Also in those days, before mobile phones, it was difficult to connect with the right people. And even if they could, the donors were unlikely to immediately make the funds available when the NGOs needed them.

“The idea of Ketto was to build a bridge between people who can help on the one hand with people who need helping on the other, using technology. If we could build that, we knew it would be very powerful,” he says. (In case you wonder, Ketto stands for Key To Tomorrow)

On the consumer side, “Our belief when we started Ketto was that people are generally good and want to help other people.”

Didn’t your friends ask, ‘What the hell do you think you are doing?” I wanted to know.

“That is exactly the question they asked,” laughs Kunal. Investors and friends told him that he was a well-known name. Why didn’t he leverage his fame in some other way? Crowd-funding was itself a new, untested concept, with Kickstarter – now the world’s largest fund-raising platform - having been launched just three years earlier, in 2009. So, there were doubts all around.

The idea of creating Ketto hit Kunal when he realised that, for smaller NGOs, the cost of getting donations was sometimes as high as 60 per cent of the funds raised.

Distrust among donors has traditionally been rampant in India. I have been associated with a few, small NGOs myself and the commonest reaction a fund-raiser gets is, “How do I know that my donation will be used for the cause for which it is meant?”

How did Ketto break through this Indian wall of doubt?

Its approach was novel. The team attacked the supply side rather than the demand side (that is, donors). They first went after NGOs and persuaded them that raising money online was the more efficient option. In the India of 2012, most NGOs were raising funds physically, door to door. Getting the NGOs’ assent was critical because, through them, Ketto could get on board people who were used to donating regularly, explains Kunal.

In the early years, Ketto’s growth was entirely organic. Some campaigns caught the eye of celebrities which turbo-charged the platform’s growth. “I have a VC friend who said that doing a start-up is like body building. You have to turn up every day and work on it. But if you have a well-known founder or famous people who are associated, it is like body building on steroids!” he grins.

One especially memorable campaign was to raise money for athletes who wanted to train to participate in the Commonwealth and Asian Games (both in 2014). “I remember it distinctly because I shot it and gave the voice over. We raised a lot of money for them. A number of well-known people like athletes and actors got associated with campaigns like this one. When that happened, their own online distribution mechanism kicked in and that helped raise the profile of Ketto.”

So, the countless campaigns on Ketto – are they for NGOs or from random people with a need?

“It started with NGOs because at that time it was the best way to build the foundation for Ketto,” says Kunal. Apart from common people who can start their own campaigns, Ketto has formed alliances with hospitals which connect the team with a patient who needs especially expensive life-saving treatment costing running into lakhs of rupees.

There was skepticism about Ketto’s success at its launch in 2012 because crowd-funding was a new concept. Even Kickstarter, the US sensation, was then only three years old.

I noticed that most donors on Ketto are drawn to medical campaigns. Why hasn’t the platform seen similar traction in other areas? I ask Kunal.

“Being connected with the film business, I think of myself as a creative entrepreneur,” says Kunal.  “And yet, hard though we have tried, we haven’t managed to get the same response for other causes.”

“The reason is that in medical campaigns the need is always urgent. An operation has to be performed or someone has to be treated for cancer. Someone needs a bone marrow transplant straightaway. There is always urgency. When it comes to many other causes people think, ‘Oh, this is not urgent; this can wait a few months.’

“If urgency is one major factor, the other is the story: how compelling is the person’s story? Who is the individual? What is the challenge? Why does he or she need the money? What are they going to do with it? These are the questions that play in a potential donor’s mind.

“To sum up, urgency and the story determine how much traction a campaign will get.”

Covid impacted organisations in different ways. What did it do to Ketto?

Like many online firms, Ketto grew tremendously during Covid. The need for donors grew as did the legions of people who wanted to help in some way.

Kunal’s favourite story is about “a friend’s daughter who was only 10 years old. She was watching TV and saw reports of millions of migrant labour walking back home. She told her dad, ‘I don’t want to just sit around. I want to do something.’ My friend called me and asked if she could start a campaign. I said, sure. She ran the campaign and raised Rs 14 lakh! There were many motivated people like that.”

Ketto’s growth went on steroids when campaigns, like one to help fund the training of athletes for international competition, drew in popular actors and athletes.

People wanted to do something meaningful during Covid. But now that fear has receded. Has that impacted donor behavior?

Kunal believes that Covid resulted in a “slight shift in the mentality of people in terms of wanting to make a difference – they think everybody has to contribute in some way to make an impact.” Indians have reached some kind of a higher plateau when it comes to donations.

I ask Kunal: “Ketto has more than 300 employees. That’s a large team to support. So what’s the business model? Do you take a percentage of what you raise? Or do you have investors or what?”

“We did raise a couple of rounds in 2013 and 2015. Currently, we have different offerings. One is a zero fee model where you create and upload the campaign yourself. The other is the service fee model where we take care of everything from the creative to marketing. In that case the percentage varies from 5-30 per cent depending on the cost involved. We also have CRM tools to help NGOs with digital marketing; so that is another model.

“We have recently started a voluntary contribution option for people who are happy with the work Ketto does.”

Kunal says that medical campaigns get the greatest funding because there is urgency. Donors can’t dither. The other thing that counts is how evocative a patient’s story is.

And what is the profile of the typical donor on Ketto?

“Platforms like ours are concentrated in urban centres but the real need is in smaller towns and villages. So, we want to get there. The other thing is that we have built partnerships with NGOs, hospitals and medical companies – raising money and stuff – and we could diversify into health tech.

It is early days yet but we are trying to connect people who are going through health issues as well as the caregivers of those people.

For all its success “what Ketto is doing is just a drop in the ocean. There are just so many people who need help. We need hundreds of platforms like Ketto.”

Ketto must have been an intense and unusual experience, I remark to Kunal. “What is the big stuff you have learnt about human nature and the way in which people respond to emergencies or causes?”

His response: “If you go on social media or watch the news, you’d think the world is a horrible place. But when you are on a platform like Ketto you think that the world is a good place. Every day strangers come from across the world and help people they don’t know. That, for me, has been an incredible thing to experience.”

For all its success, Kunal says that “what Ketto is doing is just a drop in the ocean. It is just not enough. There are so many people who need help. We need hundreds of platforms like Ketto. And we need crowd-funding platforms which will help in multiple ways in the medical space.”

Don't know how to find the right agency for your marketing needs? Let afaqs! marketplace help you. Click here to find your match
Have news to share? Write to us atnewsteam@afaqs.com
KettoStartup BrandsPlainSpeak
SUBSCRIBE TO OUR NEWSLETTER
Get daily news and analysis on advertising, marketing and media.